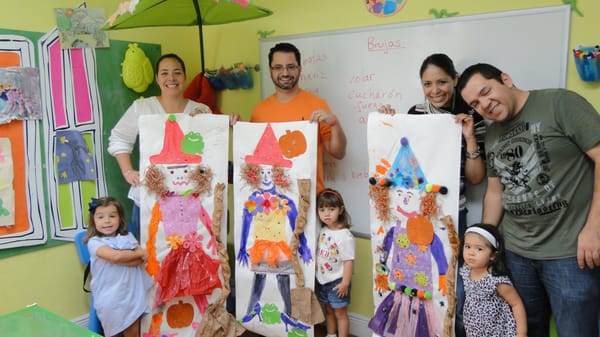 There are no reviews of
Mis Amigos Languages.
Be the first to ⭐ Write a Review.

Specialties: Spanish and French language immersion to children ages 9 months to 15 years of age. Our teaching methods are based on the principles of "Window of Opportunity", "Multiple Intelligences" coupled with the importance of critical… More

Our four year old daughter has attended classes at Mis Amigos Languages for over two years now and she learned to read and write in Spanish at Mis Amigos, even before she did so in English. Their... more. Lourdes H. 03/01/12. Mis Amigos has a wonderful environment for kids to immerse themselves in the Spanish Language. More

Highly Recommended: 5 local business owners recommend Mis Amigos Languages. Visit this page to learn about the business and what locals in Miami have to say. More

Mis Amigos Languages, Inc. is a Florida Domestic Profit Corporation filed on September 8, 2009. The company's filing status is listed as Active and its File Number is P09000074738. The Registered Agent on file for this company is Pasternac Judith and is located at 5129 Granada Blvd., Coral Gables, FL 33146. More

Mis Amigos Languages, Inc. Coupons near me in Miami, FL ...